Hemp is one of the strongest, most durable, and most versatile plant-based materials known to man, and it has been used for commercial and industrial purposes dating back decades.

It can be used for so SO many things that you probably never even knew. Like what, you ask? Here are 19 ways to use hemp that you never expected... 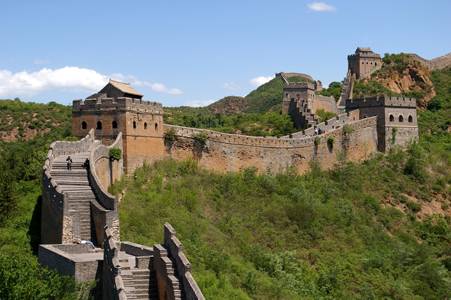 The hemp plant's inner core is a wood-like material, and it is becoming increasingly popular to use for constructing the walls of houses and buildings. The mixture, known as Hempcrete, is made up of this section of the hemp plant and a lime-based binding compound.

Building with hempcrete is a highly-desired method due to its eco-friendliness and its sustainability. And as well as this, it has so many benefits, including being affordable, having a low density which provides excellent insulation, is fire resistant, has a high flexural strength, which means it could withstand an earthquake, and is allergy-free, meaning no nasty mold. AND walls made from hemp can even last for up to 500 years.

No wonder it is so sought-after! 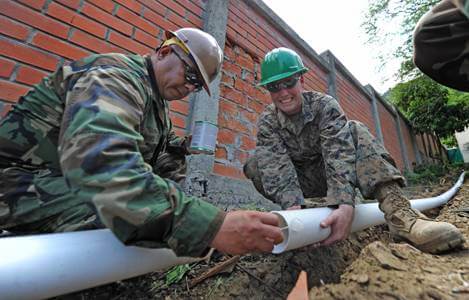 Hemp is a great way to fill and fix piping. How? Apply a paste to the thread of the pipe, then use a loosened piece of hemp that is roughly 3-4 inches long and use it to fill in the grooves.

Keep going until the grooves are filled, and then cover the hemp in another layer of paste to lubricate it. Now you have created a system that will prevent water from leaking out of your pipes! 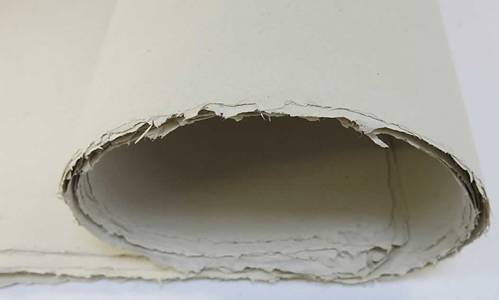 Did you know that paper is historically made from hemp? Yep, that’s right; we weren’t the first to think of this! Paper was produced from hemp up until the year 1833. Using hemp to make paper is a lot more eco-friendly than our traditional, modern way of producing it. And using hemp makes the final product a lot stronger too. Why? To make paper, you need cellulose.

Cellulose is extracted from trees and plants. Normal paper is made from trees, and trees only have 30% cellulose. What about the other 70%?

This excess 70% accumulates toxins and chemicals that have to be removed before you can call it paper. Hemp, however, has 85% cellulose! This means only 15% has to be removed to generate paper.

Oh, and the first-ever Gutenberg Bible and the first version of the Declaration of Independence were printed on hemp paper.

Hemp has a long list of benefits for achieving and maintaining healthy skin. It smooths and flattens skin and can even help reduce signs of fine lines and wrinkles to generate more youthful, vibrant looking skin. Some of the benefits include:

Healthy Acids: Hemp seed oil also contains omega 3 and omega 6, two essential acids that your body needs to ensure your skin keeps up a healthy appearance and functions the way that it should.

Smooth Skin: It has been reported that using hemp lotion can help reduce and diminish acne, scarring, eczema, and stretch marks and can give the skin an overall smoother, healthier, and brighter complexion.

Shingles is a nasty and very painful skin infection that can occur in any adult that suffered from chickenpox when they were younger. It only occurs when the same virus that causes chickenpox is reactivated. Studies have shown that smoothing hemp oil over the affected areas can reduce itching and swelling and get rid of some of the unbearable pain.

We only know that using hemp as a topical treatment can help with shingle symptoms, but they have been no proof that inhaling cannabis has the same results.

Using Hemp oil for lamp oil is said to create the ‘brightest of all lamp oils.’ Hemp oil burns for a very long period and produces a strong, vibrant source of light. In ancient stories, both Abraham and Aladdin are known to have burned hemp oil. 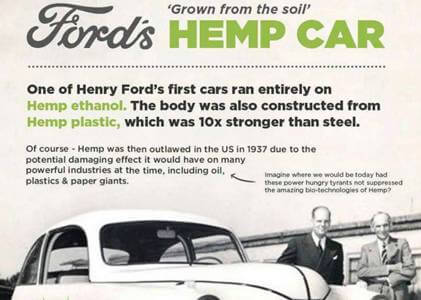 A car made from a grass-like material? Yes! Car manufacturers worldwide are jumping on this bandwagon as many of them believe hemp cars are the future.

So how on earth can a hemp car work? Scientists are currently researching and experimenting with different ways to make a hemp-based material that will eventually replace the metal and plastic parts of car bodies. The reason being?

They will weigh over 30% less, making them extremely fuel-efficient as well as making them biodegradable. This means in the future you could see a lot less abandoned, old and rusty cars and plenty fewer landfills! AND did you know that according to Popular Mechanics, Henry Ford’s first-ever Model-T was built from hemp? You do now!

As An Anti-Aging Solution

We spoke earlier about how hemp lotion can be beneficial to your skin’s overall health and appearance and help to get rid of those frustrating fine lines and wrinkles that we don’t want as we grow older.

Because hemp oil is rich in essential fatty acids, using it on your skin can reduce many aging signs. It improves dry skin, and it gives skin an extra bounce of elasticity, making it appear younger and more flexible rather than droopy. It does this by actually seeping into the skin, getting in deep below its surface.

Many moisturizers, anti-aging creams, and lotions glide over the top of your skin, while most hemp oil products work by being absorbed into the skin and targeting the areas that matter.

They contain essential fatty acids and are a great source of phytonutrients, which help protect the body’s immune system, skin tissue and skin cells, blood, and organs.

10. As An Anti-inflammatory Solution

GLA is mainly found in Omega 6, which has an abundant presence in Hemp seeds. When consumed, GLA is transformed into dihomogamma linolenic acid (DGLA). In basic terms, DGLA interrupts the body’s process of generating pro-inflammatory molecules, meaning less inflammation.

Imperial College London's study even suggests that using the correct amount of hemp oil can reduce inflammation by a whopping 50%.

As An Alternative to Plastic 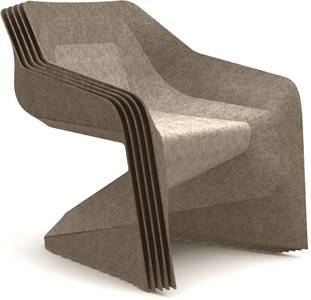 Hemp plastic is 100% degradable, making it so much better, safer, and healthier for our environment. Hemp plastic is formed by using industrial hemp, which is known to be one of the world's most durable natural fibers. Our earth is currently swamped with plastic that sits in landfills and floats in oceans and doesn’t go anywhere.

You could throw it into compost with hemp plastic after finishing with it, where it will degrade much quicker and in a much safer manner than normal plastic does.

When combined with other plant bases, hemp plastic is super rigid and strong, making it able to make boats, cars, musical instruments, and more. Large businesses and corporations are beginning to experiment with hemp plastic so that it could be our future with a bit of luck.

As A Protein Source 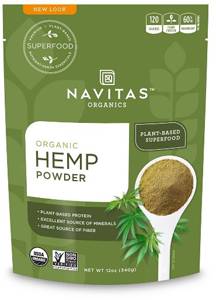 Hemp is one of the most abundant sources of plant-based protein. It contains all the amino acids your body needs and craves. These amino acids make sure your muscles, immune system, skin, and pretty much all your body functions are working and functioning as they should.

Consuming hemp as a source of protein in the form of powder or seeds can help decrease the risk of osteoporosis, better your heart health, clean and detox your colon, improve your immune system, reduce your craving for sweet and sugary snacks and provide your body with lots of healthy nutrients. 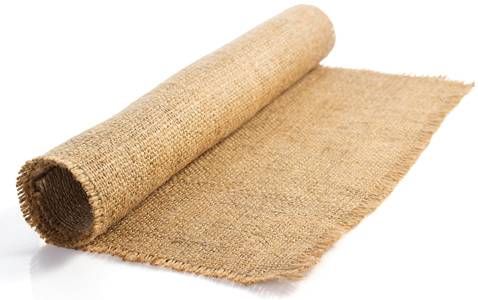 Much like paper, clothing has historically been made from hemp. Why is hemp a good base for clothing? It’s durable, weatherproof, lightweight, affordable, versatile, and eco-friendly. Clothes can be made from hemp due to its cellulose fibers, and garments made from it will be roughly three times stronger than those made from cotton.

To Be Used in Food & Beverages

As discussed, hemp is a great source of protein, and rather than just consuming it in powder form, it can also be used in creating some pretty delicious foods and drinks. Add hemp seeds to smoothies or cereals, or they can be added into muffin mixtures, homemade granola bars, and homemade bread.

You can also purchase hemp milk, which can be a direct substitute for cow’s milk. It’s also dairy-free and comes in varying flavors, including plain, vanilla, and chocolate. Yum! And have you heard of hemp seed butter? You can find it in natural and organic grocery stores.

Hemp seed butter has a similar consistency to peanut butter and has a great source of fatty acids and protein. It’s delicious on bread or rice crackers or as a dip for apples! Hemp oil can also be used to brew beer and can be found in some wines. 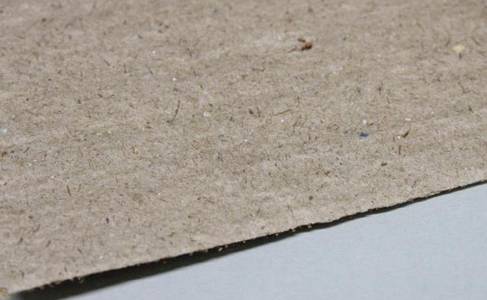 We already know that hemp paper can be made in a very eco-friendly and affordable way. But what about cardboard products? Yep, hemp can make that too. Its rigid properties make it durable, resistant, and biodegradable.

Think about the amount of damage to trees and the environment we could save by producing coffee cups, cardboard boxes, cereal boxes, cartons, etc., made from hemp.

And did you know regular paper or cardboard products can only be recycled a maximum of three times, while hemp paper products can be reused and recycled up to 7 times! Seriously, why are we still killing trees?

Hemp can be used to produce two different types of fuel. These include:

One of hemp’s lesser-known uses is that it can clean up chemicals from the ground. For example, if an area of soil gets contaminated, plant some hemp, and it will absorb and clean up toxins, sewage, chemicals, and waste in the soil, and it’ll do it very fast.

What’s more, is that planting hemp can even help to clean up radiation. How do we know this? Because hemp was planted and used to absorb radiation in Russia after the nuclear disaster in Chernobyl.

Using hemp to make batteries is a much MUCH cheaper alternative to using human-made chemicals such as graphene. And it’s better for the environment too, much like everything else we have discussed so far.

Scientists and technological experts say that it is not unlikely that hemp-based batteries could replace today’s solution to items such as phone chargers, laptop chargers, and plain old batteries themselves. 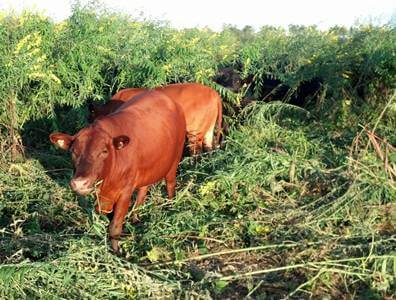 Last but not least, hemp can be used to feed livestock animals. But it doesn’t come without a large amount of controversy. It wasn’t until February 2017 that tests and studies were allowed to begin regarding hemp as livestock feed.

Their research has shown that this feeding method has some great long-term benefits, including better digestion, longer life expectancy, and a yummy meat flavor for the animals to enjoy. We could be looking at the practice of hemp-fed livestock becoming a reality as soon as this year.